All posts from Jolene Rutheford
Posted in

You might think that with Facebook and Twitter absolutely dominating the B2B advertising, LinkedIn has a snowball’s chance in hell of even making a dent in the overall digital marketing space. Well, you would be wrong. LinkedIn boasts a built-in network of business professionals, a dedicated targeting service and its own publishing platform.

This makes it the ideal solution for every B2B marketer looking to re-emerge as a thought leader. In fact, some of the biggest names in the advertising industry have used LinkedIn to fuel their campaigns of reaching new audiences, strengthening their brand visibility and increase their revenues. 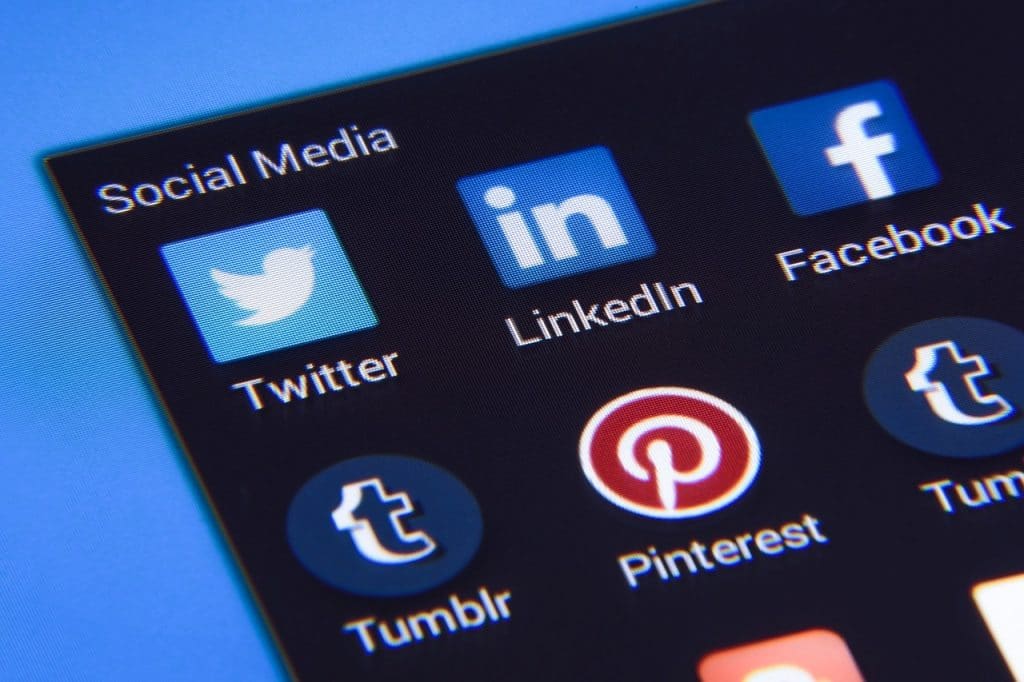 END_OF_DOCUMENT_TOKEN_TO_BE_REPLACED

All posts from Andre Oentoro
Posted in

Social media live videos are the most effective way to add a sense of urgency and exclusiveness to your marketing. 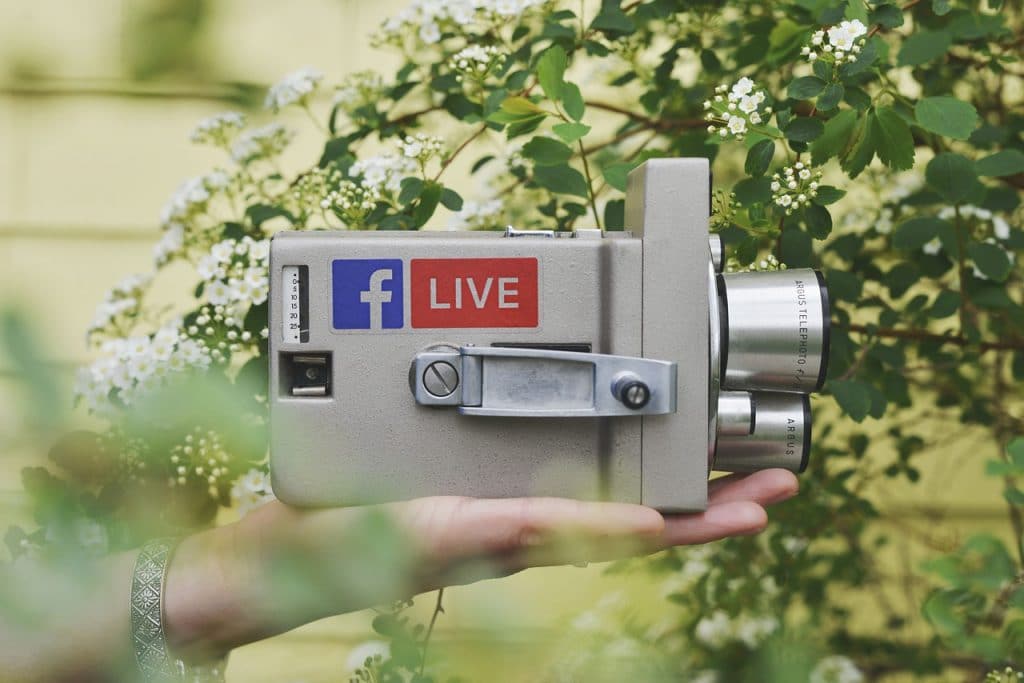 Live videos create a unique, demanding, and exclusive real-time experience that compels your audience to comment and interact with you. It will, in turn, merge individual audience members into a large community.

In this article, you will learn how you can use live videos on various social media platforms like Facebook, Instagram, Twitter/Periscope, and YouTube to grow your brand and build a better relationship with your audience.

END_OF_DOCUMENT_TOKEN_TO_BE_REPLACED

All posts from Diana Ford
Posted in

The digital world is filled with attention seeking materials. Everyone wants to talk to someone or everybody. From businesses talking to businesses, to businesses talking to their prospective customers and creating lasting relationship with the existing ones, to people talking to people because they have something to say. All these are not the most important things to give concentration to, the question is, are your writings SEO sensitive? 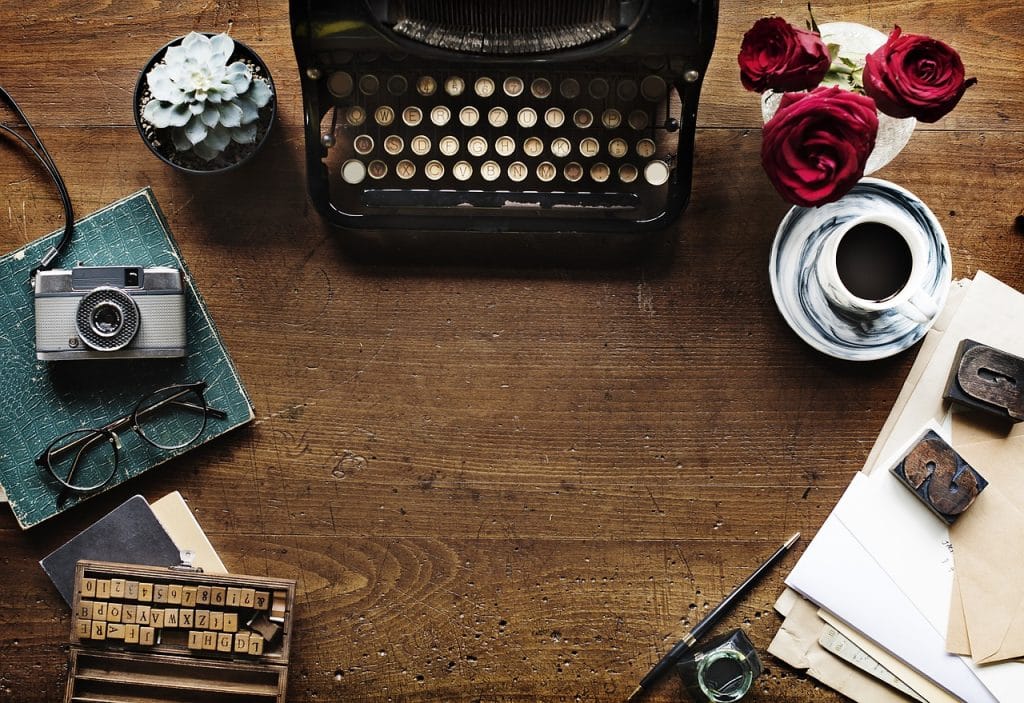 We are all aware of the fact that content is vital for every website to run smoothly and perfectly. That’s why we cannot underestimate the importance of SEO content writing services. Another thing to note is that websites would appear dull, boring and uninviting in the absence of an enriched content solution. For this reason, it is important for beginners to learn the most effective content writing tips that remain crucial before they start their writing careers in this present digital age.

Today, the digital world is witnessing a diversified need for content for it to thrive with its traffic-centric existence. You cannot rely only on content to thrive but it’s the SEO optimized content that actually appeals to all and sundry. The proven fact still remains that ‘Content does Matter’ and it will always boost the search rankings thus resultantly driving traffic to your website.

Every career has its own start-up tools, ones that would guide anyone coming in for the first time through the trails of the new found world. So is content writing. If you are seeking out a career in content writing, you need to understand the SEO strategies and its relationship with writing to distinguish yourself in this profession with a throng of heads.

END_OF_DOCUMENT_TOKEN_TO_BE_REPLACED

Stevan Mcgrath is a digital marketing professional who possesses expertise in brand design and development. Stevan is passionate about utilizing his diverse skill sets for new and innovative online marketing strategies. He has worked as a freelancer and a contributor to ProvenSEO. Despite having a wide influential reach, he seeks client satisfaction as his topmost priority. He also writes blog posts on recent digital marketing trends.

All posts from Stevan McGrath
Posted in

When you just start your own company, you will face a lot of challenges. One of the major functions a business needs to perfect is marketing because it is not possible to stay in business without consistent sales. A major marketing trend coming to the fore in this context is “Influencer Marketing”. Yes, it is a good positive thought to boost your sales, but certain influencer marketing mistakes can be detrimental to your marketing campaign if not avoided.

So, coming back to what exactly is influencer marketing?

Influencer marketing, in general, is the kind of marketing which concentrates on influential people from your niche to convey your message to a wider market or audience. There are different forms of influencer marketing. These include Instagram shots, YouTube videos, and sponsored blog posts.

However, what is clear about influencer marketing is that the concept is pretty simple. This is because it only requires a business to team up with an individual with a social influence, who then acts as the influencer. The influencer works on promoting particular products and services from the business to the audience for an agreed pay, which allows both teams to benefit.

END_OF_DOCUMENT_TOKEN_TO_BE_REPLACED

Alycia Gordan is a freelance writer who loves to read and write articles on healthcare technology, fitness and lifestyle. She is a tech junkie and divides her time between travel and writing.

All posts from Alycia Gordan
Posted in

In today’s digital era, having an excellent product or service isn’t enough to get you maximum website conversion rates. You need to think out of the box to align customers’ actions with your goals. Successful marketing strategies are designed to help you learn about your users and gain their trust in your brand, so you can reach your optimization goals in a shorter period of time. 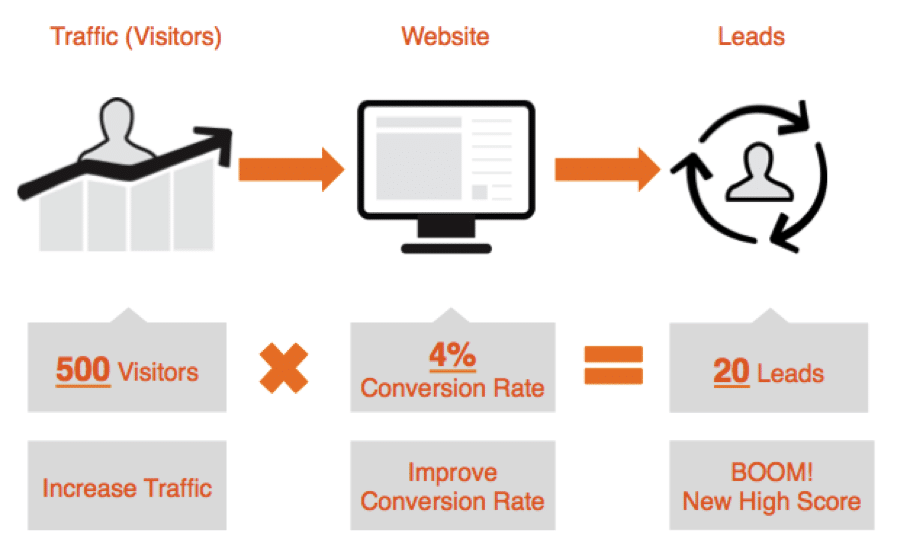 If done right, conversion rate optimization (CRO) is one of the most impactful marketing techniques. According to a survey by Salesforce, 47% marketers all over the world stated that their most important priority was to increase conversion rates.

But, it can get overwhelming to accomplish your conversion goals without proper assistance. Here are some of the best conversion optimization tools that enable you to skyrocket your website’s conversion rate and ultimately increase your sales.

END_OF_DOCUMENT_TOKEN_TO_BE_REPLACED

All posts from Steven Watts
Posted in

One of the biggest crimes in this age – and certainly one of the most dangerous for businesses – is cybercrime and cyber-attacks. The digital age has allowed for limitless connectivity with virtually anyone anywhere in the world, and while this is a good thing for connecting with peers on a personal level and with customers for businesses, this also means that, at any time, people online are at risk of falling victim to various cybercrimes like data theft and phishing.

The dangers of the digital realm are nothing short of new in this age. There are always reports of people being compromised online, whether in the form of stolen personal data unwittingly entered in what seemed like a legitimate website at the time, being baited into scams by entities disguising themselves as trustworthy people, cyberextortion, unwarranted surveillance (such as in the case of laptop webcams being used unknowingly by the owners as a tool against their privacy), etc. Many individuals have fallen prey to these attacks, but they are not the only ones susceptible to such.

Even large corporations have experienced this kind of digital horror, and they have larger things at stake for their lack of digital security. Just this year, HBO was compromised when about 1TB of its data was stolen from its online database and the hackers have threatened to release certain personal information about the staff and actors involved with the company, as well as the episodes of the anticipated Season 7 of its tentpole series “Game of Thrones”, which was airing at the time. Even Yahoo!, in 2013, was deeply affected by the hacking.

Despite these widespread incidents, however, 73% of WordPress sites still remain vulnerable to being attacked – and this is alarming as it clearly means that a good portion of WordPress users are vulnerable to having their data stolen. This data can range from simple, non-intrusive ones that can be replaced immediately without repercussions on its loss, to highly-sensitive ones that might not only risk the company but its clientele as well.

At the forefront of WordPress protection is the WordPress firewall, which can deliver more than just protect your website against potential cyber attacks. Devsecops vulnerability management is a critical element to this security posture.

Learn more about WordPress firewalls with this infographic by NewtLabs.

END_OF_DOCUMENT_TOKEN_TO_BE_REPLACED

Wendy is a super-connector with Outreachmama who helps businesses find their audience online through outreach, partnerships, and networking. She frequently writes about the latest advancements in digital marketing and focuses her efforts on developing customized blogger outreach plans depending on the industry and competition.

All posts from Wendy Dessler
Posted in

Marketing a product can be challenging enough in today’s world, but marketing a service is another ball game. Websites selling products have to worry about making the site easy to view and simple to skim through, which (when looking at a site like Amazon) allows products to sell themselves. 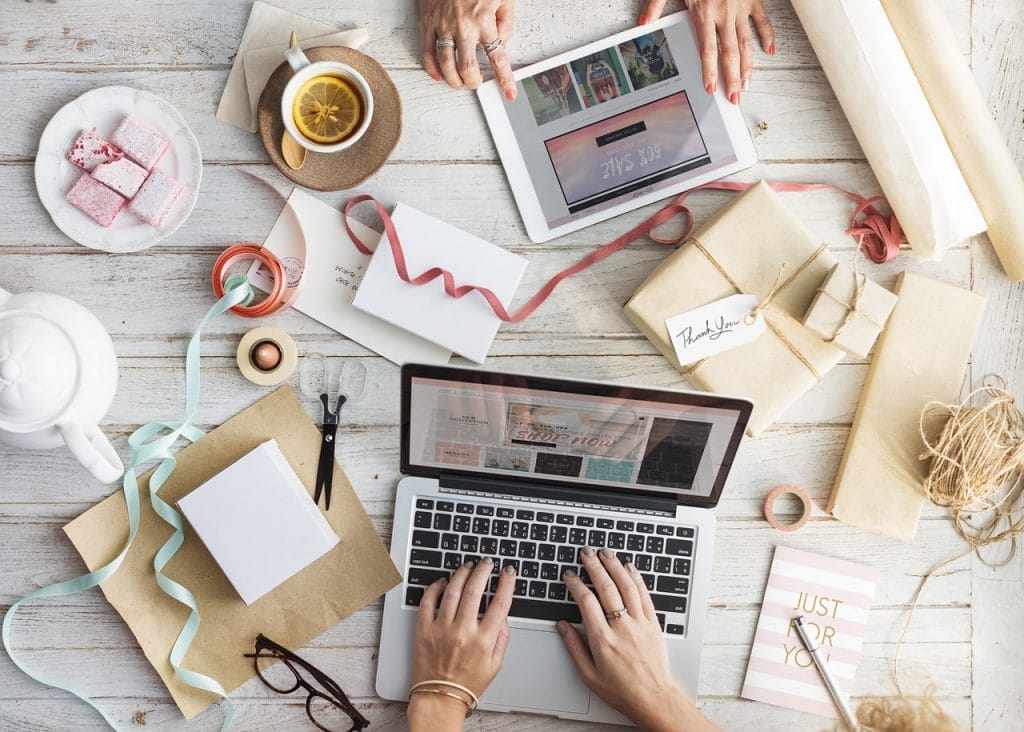 Instead of focusing your efforts on creating sales, you’ll need to spend that effort on creating leads. The trick? After managing to rank your new website, make sure to design your service page in a way that draws visitors in without going over the top. Here’s how it’s done.

END_OF_DOCUMENT_TOKEN_TO_BE_REPLACED

Abhyudaya Tripathi is a digital marketing expert with over 8 years of experience and presently he is an Associate Director at ResultFirst. His area of expertise covers everything that comes under the umbrella of digital marketing. Off duty, he loves to travel and devour delicious Indian street food.

All posts from Abhyudaya Tripathi
Posted in 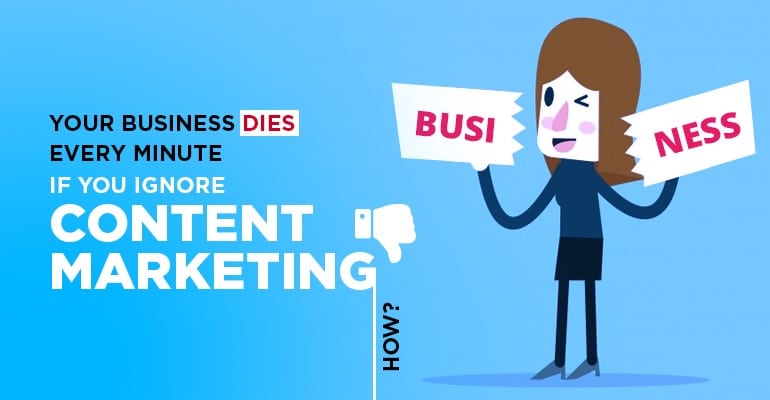 The internet is a crowded space. Competitors are everywhere. The market is densely occupied by myriad brilliant products.

How can you sell your way to success?

How can you win your customer’s faith when you have to cut through tough competition?

Is that question bugging you too?

Don’t fret. You are not alone!

You need an edge to stand out and a unique voice to give a persona to your business.

END_OF_DOCUMENT_TOKEN_TO_BE_REPLACED

Ant Musker is a content writer at Whoisvisiting.com, whilst also involved in marketing activities including email, social and SEO. He is experienced in sales and marketing environments, working for startup companies and in the PR industry.

All posts from Ant Musker
Posted in

The focus on website analytics is becoming increasingly evident with more attention being paid to the importance of activity, engagement, conversion and understanding of behaviours and patterns in order to measure the success of campaigns and generate sustainability for return on investment.

END_OF_DOCUMENT_TOKEN_TO_BE_REPLACED

Anh Luu is a Copywriter for the cloud call platform, Phonexa. She specializes in writing about SEO marketing strategies, business trends, and other up-and-coming topics in digital marketing and technology.

All posts from Anh Luu
Posted in

For savvy online marketers, it’s important to know how to craft a convincing language to boost online sales. Words are powerful tools. They can evoke strong emotions and spur people towards taking specific actions. As much as 90% of web visitors who read your headline also read your call-to-action. So, crafting the right sales pitch can truly make or break your campaign performance.

In order to write a persuasive copy that influences people to make a purchase and boost online sales, cleverly use any of these tried-and-true trigger words in your next marketing campaign.

1. Free – Even with so many advertisements that use the word ‘free’ for things that actually come with a price, people are still attracted to this word because it taps into our overwhelming hunger for more. We envision all the new experiences we can have with the free product, and it starts to feel a need rather than a desire. The word ‘free’ immediately ignites our imagination. 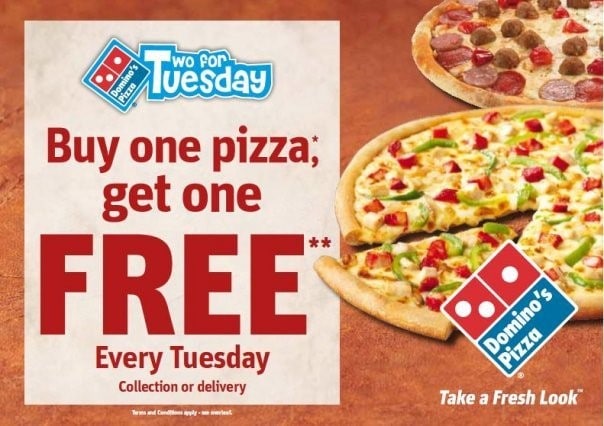