Karen Evans is a former college student who, after making real money learning how to build and scale niche blogs, decided to go full time and hasn't looked back since. After seeing so many people waste time and money trying to learn how to create websites that make money, she decided to create the ever-popular StartBloggingOnline.com. So far over 9,500 new blogs have been created using her guide! When she isn’t blogging, she enjoys spending time with her family, which usually involves finding some water to cool off in!

All posts from Karen Evans
Posted in 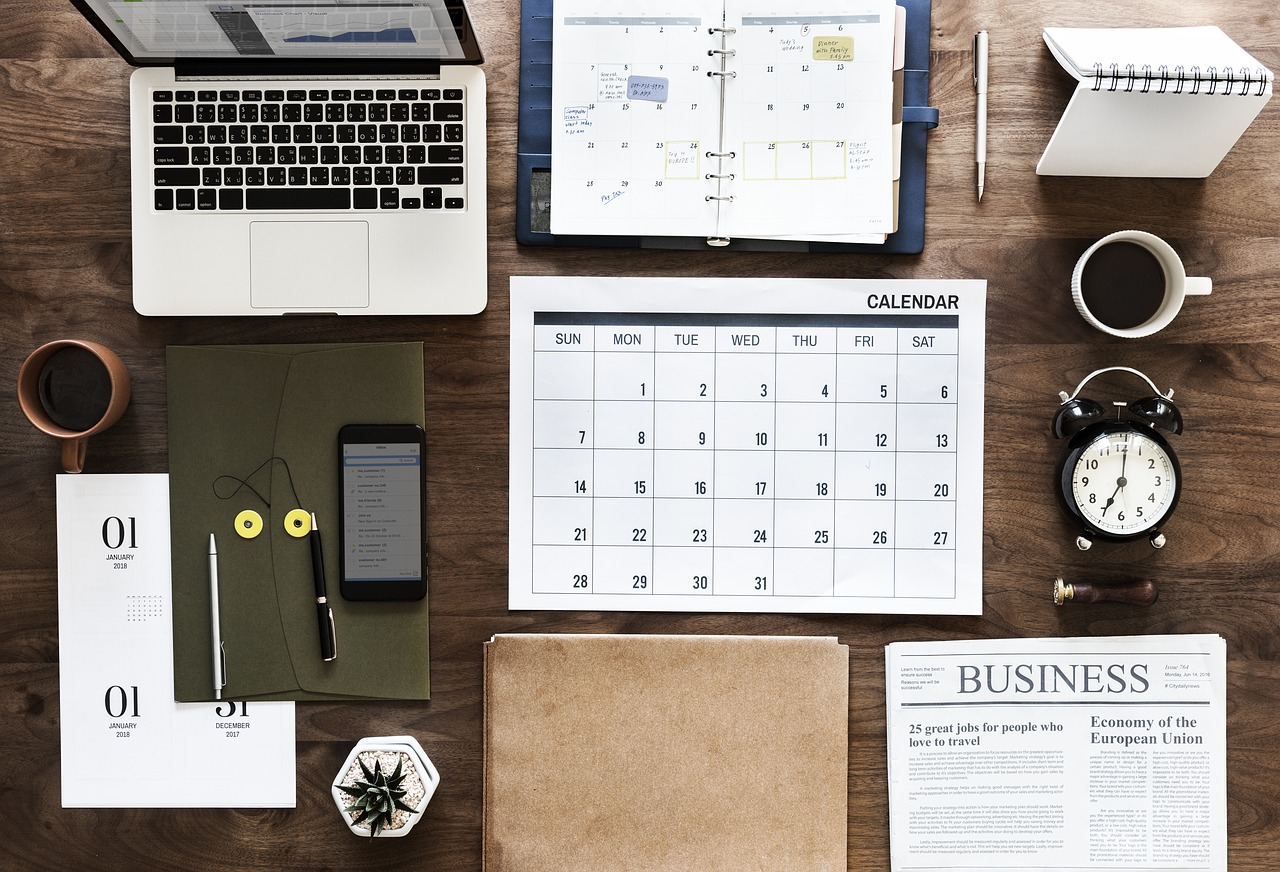 Even if you are well-versed in managing content creation teams, it could be that you’ve overlooked some of the free tools available that could improve your team’s performance. There’s a bucket-load of apps and software out there that can enhance team efficiencies and add value to your clients, with some being free and some paid.

Do you really need to financially commit, though? With some of the free tools offering very similar qualities to their premium, paid counterparts, these cherry-picked 5 free tools for managing your content creation team could be exactly what you’re missing:

It could be said Slack is just another communication tool to add to the pile, and quite honestly, there are many, many out there that are only replicas of outdated ones. So what’s different about Slack?

It’s a great tool for feeling like you’re connected to your content team even when you’re not sat face-to-face with them. It’s a very concise and well laid-out tool to be able to quickly catch up with anything you’ve missed and is predominantly used as a chat medium. However, it goes into greater depth than that.

Rather than just being a single channel wall of chat text, you can create teams by using the channels function, and, as a team manager, controlling individual access to these teams yourself. Of course, you can DM anyone who is in the same team as you, and at the top of the hierarchy, you can establish different teams for different functions, again limiting access to these teams via a personalized invite (it’s not an open chat forum).

Where Slack stands out from the crowd is with its integration with bots and apps. For example, you can sync your Slack to Google Drive to receive notifications in Slack about certain files, and whether they’ve been updated and shared.

As a free piece of kit, it’s worth considering if your team is struggling for communication or you’re looking to step down from a paid piece of software.

Trello’s flexibility is almost as good as a ballerina’s—now there’s a statement!

It’s a very simple project management tool and can be applied to large and small teams, without having to deal with the stress of being overwhelmed. This is primarily due to it being based on the concept of Kanban, using the following hierarchy system:

Imagine a whiteboard (Boards), with headings (Lists), and under each heading is space to place sticky notes (Cards) for each activity within the team.

Kanban is such a simple tool and has now evolved into software in the form of Trello (and multiple other tools out there). Its productivity and visual prowess stand out from the crowd while being incredibly easy to use, and malleable in that you can lift off your Cards (sticky notes in our example) and move them to different Lists or even to different Boards if needed.

Fast forwarding a couple of decades from traditional whiteboards and manual lists, and you now have Trello serving the same function but with the added capacity of being able to integrate with different apps and pieces of software, allowing for improved communication, and serving as a pivotal process in project management.

Trello comes highly recommended, primarily due to it being so user-friendly and being applicable to any project team or workspace, and is up there with Gantt Charts regarding the value it can bring to a team.

Google Docs is quickly surpassing the endangered species of Microsoft Word. Why? Because it’s modern and it greatly appeals to content creation team managers’ need to be able to sit on top of a project, rather having to manually control the movement and synergies of a piece of software.

It’s just so incredibly collaborative, giving you the option to control who has access to each document, subfolder, and major folders. It acts as a reliable constant for a team with a rolling version history so you can revert to a previous iteration if a user has made an error, or if you prefer an older version. As long as you combine file and folder access with the Suggesting (changes to a document’s contents can be reviewed before implementation), Editing (changes are directly made) and Viewing (can only read the document) modes, you can prevent content from being deleted by mistake and control access to ensure unnecessary changes aren’t made.

Allelujah for no more file corruption! It just won’t happen with Google Docs, purely due to its source coding. This is a far cry from the days of losing all your work, having to transfer files via email, file size limits (on Cloud, for example), file corruption, USB drive corruption, and general, antiquated word processing practices.

Its flexibility stands out—you can use Google Docs no matter where you are in the world. For instance, you could be sat in the airport waiting for your check-in, catching up with your team, creating, updating, and editing a Google Doc, and then picking up where you left off when you land. There are to be no saving issues since saving all documents are live, and version history is created as soon as any changes are made—no more, “Oh no, I forgot to save my document” moments.

Although Skype is one of the Founding Fathers of voice and video global chat functionality and can be viewed as having been surpassed by all modern competition—especially those that integrate with other—apps, it still deserves mention as one of the best free tools for team management

Its USP is perhaps the ability to share screens with your team. Chances are your team isn’t in one central geographical location, and so holding meetings using Skype allows you to strengthen your bond with your team as a whole, and as a one-to-one setting for video chat. You probably know how difficult it is to describe a situation to someone, thinking, “If I could show you then it would be so much easier.” All your team has to do in this sense is to follow your directions on your screen, through Skype.

Although there are easier file sharing options available that are more user-friendly and faster, Skype still has this box ticked, especially if you are on a conference call and wish to share a file with someone within seconds without showing your screen to them.

Despite being considered “old hat,” there is still a place in business—and personal use—for Skype in improving a team’s productivity and functionality.

Even though Grammarly is still relatively new, Hemingway seems to be the new kid on the block.

Professionalism can be viewed as something as simple as being able to understand the difference between “there” and “their,” and spelling, punctuation, and grammar tools such as Hemingway not only correct your spelling on the fly but can offer suggestions to change  wording and tone through, adjust for passive voice, complex sentences, and adverbs.

Complex written content has its place, particularly in professional business documents and novels; however, most of us want to be able to read content and absorb it quickly, and then be able to take action straight away. Hemingway can improve teams to relay a message across—both internally and externally—especially by reducing the use of complex language; this is the best option for most of us since we don’t all take in written content at the same speed, and simple language is often the best form to get your point across quickly.

Although it does have a paid version, all this does is give you access no matter where you are in the world. By providing a free version of Hemingway to your team—one that each individual has access to—is recommended. It can alleviate any miscommunication through spelling mistakes and the incorrect use of the English language, which is especially useful if you’re writing a brief for your team, and for everyday chat functionality.

As you might have gathered, the above free tools can integrate very well, and serve as highly valuable weapons in your team management arsenal.  Paid versions will bring value-added features such as greater storage capacity, for example, free Trello will only give you a certain amount of data storage, but this capacity is already huge in the free version.

Bear in mind that these are just 5 tools; there are so, so many out there, and lots will have crossover features and functions that you probably don’t need. However, with these 5 in your box of tricks, you’ll be well armed in managing your content creation team.

Karen Evans is a former college student who, after making real money learning how to build and scale niche blogs, decided to go full time and hasn't looked back since. After seeing so many people waste time and money trying to learn how to create websites that make money, she decided to create the ever-popular StartBloggingOnline.com. So far over 9,500 new blogs have been created using her guide! When she isn’t blogging, she enjoys spending time with her family, which usually involves finding some water to cool off in!